Difference Between Freestyle Libre and Libre 2:

Since the release of the updated Libre 2, many of those who enjoy freedom with Freestyle Libre CGM are intrigued by the new features of the redesigned CGM system. 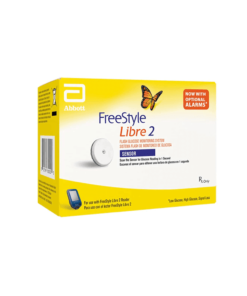 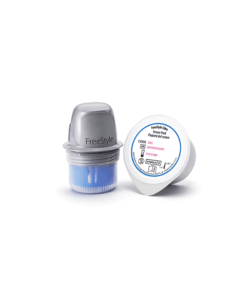 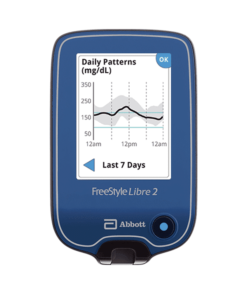 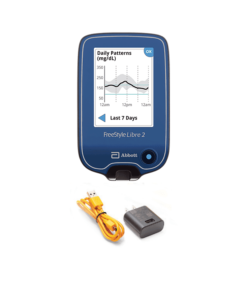 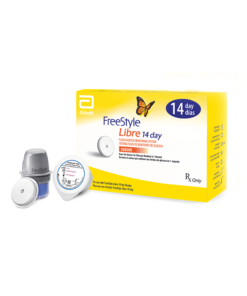 With the addition of the Freestyle Libre 2 to the diabetes care offerings, continuous glucose monitoring (CGM) has been refined into a new sensor, reader, and mobile application platform. Still, the original Freestyle Libre system continues to be supported and provides many with reliable diabetic monitoring. What exactly are the differences between the two systems? Continue reading to compare the Freestyle Libre vs Libre 2 and determine which CGM is best for you!

One of the biggest differences between the original Libre vs Libre 2 is the ability to set continuous glucose monitoring alarms. When the Libre 2 Sensor is synced with the Libre 2 Reader, or a compatible smartphone with the Libre 2 app, programmable alarms alert the user of low glucose, high glucose, or signal loss. The original Freestyle Libre does not support glucose alarms.

The Freestyle Libre 2 works with its own model-specific mobile application. For prior users of the original Freestyle Libre, the app is similar in function to LibreLink, but allows for the new push-notification alarm feature among several other updates.

Which Smartphones Does the Freestyle Libre 2 App Support?

Upon the initial release of the Freestyle Libre 2 CGM the Libre 2 app is only available for iPhones running iOS 14.0 or later.

At this time, an iPhone 7 or later is required.

Which CGM System is Best for Me? 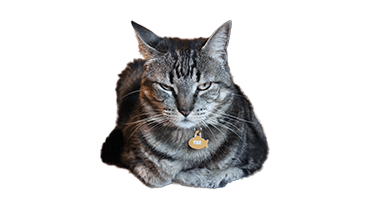 Taz has been a longtime user of the original Freestyle Libre and continues to rely upon his CGM system for regular readings. Taz has a good habit of checking his glucose levels with a simple swipe of the sensor and does great in managing his diabetic care, even without glucose alarms. Taz is an android user and enjoys obtaining real-time and trending glucose readings with the LibreLink app. He also has the Libre reader as a backup and feels safe knowing that even if his phone dies he can use the reader immediately with the same sensor. 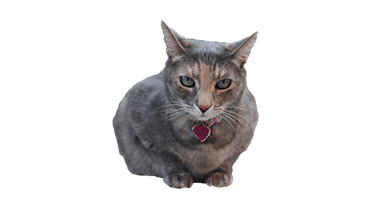 Penny loves new technology and the features that the Freestyle Libre 2 provides. Penny has a busy day-to-day life and really appreciates the available glucose alarms that she set within the mobile app. When Penny’s glucose levels inevitably fluctuate, she can be alerted early on and prioritize getting those levels back to normal.

Penny purchased the Libre 2 reader as a backup to her iPhone and also uses its function as a traditional blood glucose meter when needed. She was a bit concerned that once starting a 14-day Libre 2 sensor, she would have to choose to use either only her iPhone or the Libre 2 reader for the next 14 days. She’s already in the habit of keeping her phone charged and on her, and has found that the added safety net of the alarms is worth the trade off. Penny initially used an iPhone 7 with the Libre 2 app before upgrading to the newest iPhone (she loves her tech!)

**Libre and Libre 2 are people products, staff writers Taz and Penny are only here for illustration purposes**

Both the original Freestyle Libre and updated Libre 2 work in the same manner: A wearable continuous glucose monitoring (CGM) sensor is attached to the back of the arm and communicates with the swipe of a reader or smartphone app to display real time glucose levels and long-term trends. A detailed breakdown below continues to compare the similarities and differences of the Freestyle Libre vs Libre 2:

Know which system is best for you? Ready to order?

Where to find Libre and Libre 2 CGM systems

Each individual component may viewed directly through the following links as well:

Rated 4.60 out of 5
$139.00
Disclaimer. The content, information, and links on this page are intended for informational and educational purposes only, and does NOT constitute any medical professional advice.

2 thoughts on “FREESTYLE LIBRE VS LIBRE 2”