Jasmine is a young girl who battles diabetes. As part of her diabetes management she has to inject insulin on a regular basis because her body depends on it, she has no other choice. Apart from being a daunting task, injecting regularly with a needle gives her bruising. That all changed when she found TickleFLEX.

Jasmine has had significantly less bruising since she started using TickleFLEX – a revolutionary pen accessory that makes injecting a safer, more comfortable and worry-free process.

How Does TickleFLEX Work?

After watching Jasmine’s video the injection with TickleFLEX all of sudden seems smooth and seamless. Simply slide it over the needle and continue using your pen as normal except the process will be smoother and worry free. 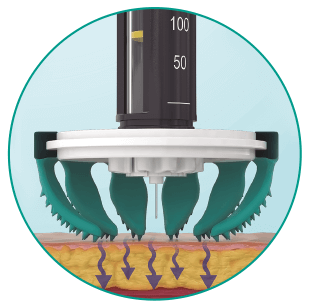 Soft spiky fingers stimulate and saturate the local nerves so you don’t feel the needle. It’s called distraction analgesia, like rubbing an ache or scratching an itch. 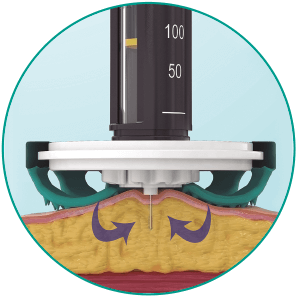 Banish Bruising
Fingers pile up subcutaneous tissue under the needle and then spread out to control the needle depth and hold the pen steady. Bruising is virtually eliminated. 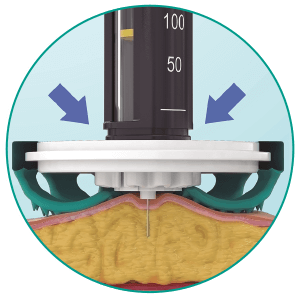 Soothes Anxiety
You don’t see the needle; it doesn’t hurt and TickleFLEX looks and feels friendly. Self injecting becomes safer and more consistent, a no stress routine

What Does TickleFLEX Can Do For You?

In simple terms TickleFLEX attaches to your pen and tickles away the pain, needle-stick injuries, and needle phobia associated with the injection process. Specifically TickleFLEX:

It also Extends Your Selection Sites When Used with FLEXtend

FLEXtend is a pen holder that works in conjunction with TickleFLEX to enable you to inject in other parts of the body that were previously deemed inaccessible. 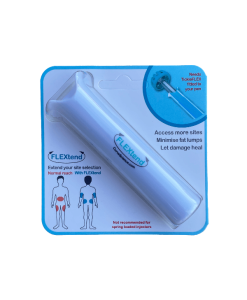 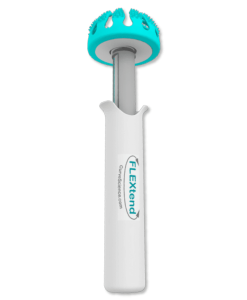 FlexTend for Use with TickleFlex

Rated 5.00 out of 5
$12.99
Disclaimer. The content, information, and links on this page are intended for informational and educational purposes only, and does NOT constitute any medical professional advice.